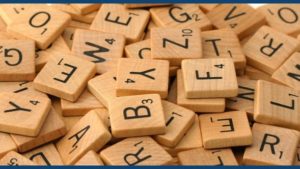 In today’s day and age, it is almost trite to talk about the power of words. Trite, because unless you’ve been living under a rock, this generation can communicate the most trivial of things to the farthest reaches of the world in the blink of an eye. “Almost trite,” because so many people wield their words like swords of fire, searing fields near and far. Though communication could not be accomplished as swiftly during biblical times, powerful words, for good or bad, were just as effective. In this week’s portion, we find Balak, king of Moab, seeking to destroy the Israelites by employing Balaam; a prophet who uses words as a tool to create and destroy. The prophet Balaam, a wielder of words for hire, blesses or curses depending on who’s paying him. Balak hired Balaam for this “expertise,” (specifically cursing) but Balaam was forced by God to bless the Israelites instead. Thrice Balak tried to have Balaam curse them, but to no avail. The would be curses culminated in the most well-known morning blessing, Mah Tovu, “How fair are your tents, O Jacob…” (Num. 24:5) Rashbam, grandson of Rashi, seemed to indicate in his commentary that Balaam didn’t have any extra magic that could divinely do something about those troublesome Israelites. However, Rashbam did believe in the power of words to give strength to Balak and weaken the Israelites (Miqra’ot Gedolot, Numbers 22:6, JPS). Just as it was then, so it is today.

We have become hyper aware of the many ways that words can be used for ill-intent. Sometimes people lie, but more often than not, people lie to make you doubt reality and history, one term for this is gaslighting. As this can be done individually, so too can it be done on a national scale. For instance, Russia has continued to do everything in its power to discredit Ukraine, make it seem as if the government was illegitimate and the country rife with violent anti-Semitism.[1] This has been an important part of Russia’s war with Ukraine and their occupation of Crimea and Donbass. The international community has condemned Russia and verbally supported the territorial integrity of Ukraine.  A year after economic sanctions were placed on Russia, NATO determined that they were effective.[2] However, even though sanctions were placed on Russia’s elite and business entities last year, it is unclear where the U.S. stands with regard to what happens next with Crimea.[3] What is clear is that the citizens of Occupied Crimea and Donbass are under extreme duress.

Two months ago, I had the unique opportunity to attend a religious freedom roundtable in Kyiv, Ukraine as part of the organization, the Union of Councils for Soviet Jewry (UCSJ). Usually, religious freedom roundtables are organized to help settle disputes between the various religious organizations. This one was put into place to discuss the ongoing crisis in Crimea and Donbass. The UCSJ was originally organized as a bottom up grassroots organization to help free Soviet Jewry. When the Soviet Union fell, the UCSJ changed its mission and now monitors human rights and the rule of law in the Former Soviet Union and has been doing so ever since. This has been done by creating and partnering with local organizations to monitor the situation in their respective countries and report on their successes or failures. We had been working in Moscow, but there had been a lot of pressure on NGO’s in general and human rights organizations in particular. Since the implementation of the Foreign Agents Law[4] in Russia, it was no longer safe to operate there, as it criminalizes organizations who have “foreign” contacts; people, organizations or financial.

Our consultant in Ukraine, Vyacheslav Likhachev has just begun to write monthly reports on the human rights situation in general, also making note of what’s going on in other countries of the Former Soviet Union.[5] Working in concert with the Kyiv based Institute for Religious Freedom, this first meeting was a real success![6] The participants outlined guidelines for discussions and producing joint statements, such as the one they put out on April 16th of this year.[7] The repression committed by Russia and their cohorts in Crimea is an assault on the rule of law and the sovereignty of Ukraine. Jehova’s Witnesses, Scientologists, Tatars and Muslims have been targeted, labeled extremist, arrested, and tortured; often times with their property seized as well. “Dozens of temples, prayer houses and places of worship have been captured and are still under the control of armed formations. The practice of abduction, torture and extrajudicial executions of clerics and believers of the Orthodox Church of Ukraine (formerly the UOC of the Kiev Patriarchate), the Ukrainian Greek Catholic Church, and several evangelical protestant churches has been widespread.”[8] These events are not fabricated. In fact, they have been corroborated by the people who are there, by their coreligionists and even the perpetrators themselves. Those who lay claim to what’s happening argue that they are doing this in the name of justice. They are not the first to use laws to perpetrate crime and evil.

This is the Balak and Balaam of the modern era. The manipulation of a nationalist, kleptocratic agenda usurping international norms and treaties, by labeling all dissent as treasonous and extremist. These are the curses that are being brought into the world and we must be like Balaam’s donkey and “speak truth to power.”[9] Felix Adler, founder of the Ethical Culture Movement, said, “A hero is one who kindles a great light in the world, who sets up blazing torches in the dark streets of life for men to see by!” Each of us must continue to extinguish the curse of blatant propaganda, shining a light in the darkness to dispel and dissolve the lies that tear us asunder.

Please fill out this form to share "Truth to Power | Parashat Balak" via e-mail.