Please note:
• Sessions are designed for a maximum of 25 participants;
• Sessions can be registered for independently;
• All times listed below are Israel local time (ISR)
• Most sessions are held at varying times to accommodate Northern and Southern hemisphere time zones.

With a focus on Hebrew Graffiti and Street Art, we will “meet” different Israeli personalities and engage with the diverse voices of the people of Israel through the Hebrew letters and symbols written on the walls of Tel Aviv. This session is designed so you can replicate the tour for your communities. Course materials to be provided online. 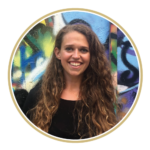 Originally from New Jersey, Shira Kleinman’s passion for adventure, teaching, and Israel brought her to Jerusalem and fuels her work as an educator and a licensed tour guide. Growing up in North America, Shira started her Jewish education work in developing educational curricula for religious Jewish schools and programming for Hillel. Upon arriving in Israel, Shira began teaching and developing educational curricula for different Israel experiential education programs such as Heller High (formerly EIE) and NFTY in Israel summer programming. Having worked with communities from North America, Europe, and Israel, Shira is excited to continue reaching Progressive Jewish educators from around the world and is thrilled to be facilitating the Bergman Online Seminar this summer.

The Land of Israel, “eretz yisrael”, is the focus of the three Jewish pilgrimage festivals and the Zionist dream to work and live. Rooted in the historical relationship with the Land, we will explore modern relationships and conceptions through visits with two different Israeli farmers. This session will provide practical applications to teaching Jewish holidays, Israel, and the physical context of the Torah. Course materials to be provided online.

Originally from New Jersey, Shira Kleinman’s passion for adventure, teaching, and Israel brought her to Jerusalem and fuels her work as an educator and a licensed tour guide. Growing up in North America, Shira started her Jewish education work in developing educational curricula for religious Jewish schools and programming for Hillel. Upon arriving in Israel, Shira began teaching and developing educational curricula for different Israel experiential education programs such as Heller High (formerly EIE) and NFTY in Israel summer programming. Having worked with communities from North America, Europe, and Israel, Shira is excited to continue reaching Progressive Jewish educators from around the world and is thrilled to be facilitating the Bergman Online Seminar this summer.

The walls of my house are not a barrier between the world and me | Practicing Closeness from our Home
Presenter: Smadar Bilik, Director of DOMIM – aLike, Diaspora-Israel Relations Department of the Israel Movement for Progressive and Reform Judaism (IMPJ)

During the Corona pandemic, we found that our homes in the United States, France, Brazil, South Africa, Australia, Israel and elsewhere, may be as close to one another as our neighbor’s home – all thanks to online means of communications.

Join us for a study session and discussion about another relationship that may have closeness and intimacy without actually meeting: the relationship between a person and Gog. We will also discuss how practicing Judaism from our homes, without face-to-face meetings, may allow us to grow closer as a global Jewish movement. Course materials to be provided online. 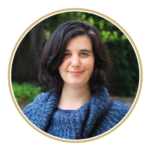 Smadar Bilik grew up in a secular home in central Israel. After celebrating her Bat Mitzvah in a Reform congregation, Smadar and her family joined the Israel Movement for Progressive and Reform Judaism (IMPJ) where they have been active members since. Smadar holds a BA in Art Education from the Beit Berl College and an MA in Pluralistic Jewish Education from Hebrew Union College – Jewish Institute of Religion (HUC-JIR) in Jerusalem and the Hebrew University. Smadar is also a graduate of the one-year program for song leaders at HUC-JIR

Smadar has taught arts and Jewish studies at several public schools in Israel and served as Director of Jewish studies at the YOZMA School, a Reform school of the growing congregation in Modi’in. In 2015, Smadar joined the professional staff of the IMPJ, working as a coordinator of DOMIM – aLike, and later on becoming its Director. Today, Smadar lives in Holon with her husband, Ilia, and two sons, Jonathan and Ronnie, and is a member of Kehillat Kodesh V’chol, the newest Reform congregation in Holon.

Join Shani Ben Or and Boaz Dorot, talented and inspiring founders of the Nigunim Ensemble, for an interactive workshop that will introduce you to current trends of Israeli sacred music. Together, we will sing Jewish melodies, old and new, that have empowered Israelis to reclaim their spiritual identity. We will address such questions as how and if these trends can enhance our own t’filah. Course materials to be provided online. 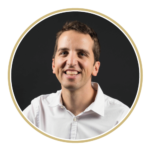 Boaz Dorot is a composer, arranger, choir conductor, pianist and music educator. He graduated from the Cross Disciplinary Composition Department of the Jerusalem Academy of Music and Dance. His original pieces have been performed by The Israel Sinfonietta Be’er Sheva Orchestra, Meitar Ensemble, and Tempera Ensemble. Boaz has been involved with the Israel Movement for Progressive and Reform Judaism (IMPJ) since early childhood, and participated in the Noar Telem Youth Movement as a counselor, songleader, and program director. Nowadays he is deeply involved in the IMPJ, leading musical services, composing for t’filah, conducting choirs, and supervising music in prayer services. He has directed major musical events and training for musicians in the IMPJ. He was the Musical Director for the IMPJ’s 2016 biennial conference and for the World Union for Progressive Judaism’s 2017 CONNECTIONS conference in Jerusalem. Boaz is the Musical Director and co-Founder of Nigunim Ensemble together with Shani Ben Or. This pioneering ensemble creates, arranges, and performs music, accompanying religious services throughout Israel. 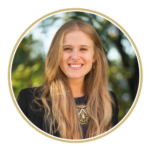 Born and raised in Jerusalem, Shani Ben-Or is on her way to becoming the first Israeli to be invested as a Reform Cantor. Her home congregation is Kehilat Kol HaNeshama in Jerusalem and she has served in cantorial roles in Israel and around the world. Shani has an MA in Jewish Pluralistic Studies and has taught in various batei midrash in Israel. She is an active member of the Israel Movement for Progressive and Reform Judaism (IMPJ), both as a professional and lay leader. In 2013, she established T’lamim, a community of young Reform Jewish adults in Israel, and leads their minyan in Jerusalem. She also co-founded the Nigunim Ensemble. Shani aspires to establish a thriving liberal cantorate in Israel.

Building a meaningful relationship with Israel can begin in early childhood (Pre K – 2nd grade). This session will focus on the ’Why, What, and How’ of bringing Israel to children in a developmentally-appropriate and integrated manner. Course materials to be provided online. 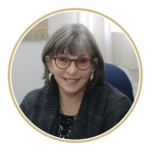 Shira Ackerman Simchovitch is currently the Director of the Early Childhood Department of the TALI Education Fund which provides Judaic enrichment in the Israeli non-religious school system. She also is a faculty member of the SHEVA Early Childhood Initiative of the JCCA. Previously, she was the Educational Content and Community Outreach Director for the Shalom Sesame project and the Israeli Rechov Sumsum series. From 1995-2009, Shira served as the Director of Early Childhood Services at the Department of Education of the Jewish Agency for Israel in Jerusalem, overseeing consulting services, professional development initiatives, curriculum development (including Chalav u’ Dvash – Hebrew for preschoolers), and Israel experience seminars for Jewish early childhood programs around the world. She is a graduate of the David Yellin Teacher’s College, the Bank Street College of Education, Parsons School of Design Joint Program, and the Mandel Jerusalem Fellows Program for Leadership in Jewish Education. Shira has also authored numerous articles on Jewish early childhood education and Israel education in the early years.

The Personal Story as a Tool of Influence: My Identity Storytelling
Presenter: Inbar Amir, Artist and Educator

The most readily-available tool for us to connect people with us is us. A very effective tool for engendering empathy and connection is the story. In this workshop, we will connect these two together and create an active personal story. We’ll find and identify what moments in our lives (specifically in relation to Israel) can be turned into a story and used as an educational tool to connect with learners and others. 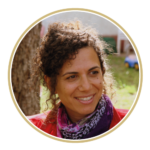 Inbar Amir is an artist and an educator. Her artistic work ranges from script writing to acting and directing. Inbar wrote for Israeli television and theatre, created and performed on numerous stages and on national radio in Israel. Inbar uses tools from the worlds of theater and writing in workshops she leads on public speaking, storytelling, conflict resolution and communication skills around the world. Inbar trains speakers from different arenas, from social to business, with an expertise of training speakers from Academia. Inbar currently works with all the universities in Israel, training PHD students to communicate their research. Inbar teaches writing and storytelling at Eshkol Nevo and at Orit Gidalis’ writing studio.  Inbar trains speakers for TEDx events in Israel and spoke herself at TEDxJaffa 2014, where her lecture was entitled “Trapped by Choice.”  For Inbar, the stage and the written word serve as paths for her to meaningfully connect with people. 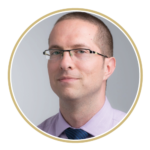 Elliot Vaisrub Glassenberg is an American-Canadian-Israel Queer Jewish educator-activist. Elliot is a Senior Educator at BINA: The Jewish Movement for Social Change and a leading activist for refugee rights in Israel. Elliot is a blogger for The Times of Israel, and has published in Haaretz, The Jerusalem Post, The Jewish Week, and elsewhere. A native of Chicago, Elliot currently lives in Jaffa.

Bring Israel Education to Life: How to Bring Israel into Your Classroom
Presenter: Reut Noyman, Director of the Education Department at the IMPJ

What are the positives of Jewish life in Israel and how can these resources connect your schools and communities further? Examine the Yachdav Jewish Peoplehood educational center of the Israel Movement for Progressive and Reform Judaism (IMPJ) and discover resources available to our communities. Projects range from one-off to yearlong partnerships with a class in Israel. Over the past decade, “Yachdav” has served as one of the flagship educational programs of the IMPJ. Each year, hundreds of Israeli and North American elementary- and junior-high-school-aged students engage with Jewish texts, technology, and core values through modern and up-to-date curricula filled with materials relevant to their everyday lives. All of these programs emphasize the significance and importance of Jewish peoplehood. Course materials to be provided online. 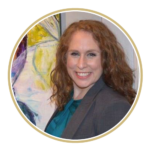 Reut Noyman joined the Israel Movement for Progressive and Reform Judaism (IMPJ) in 2016 as Head of the Jewish Peoplehood Education Center (known in Hebrew as Yachdav). Since May 2018, she has been serving as Director of the Education Department at the IMPJ. After completing her mandatory IDF service Reut studied at Haifa University where she completed her BA in Education and Communication, and teaching certification; she later completed a double MA in American Jewish Studies and Alternative Education. Reut taught communications, public diplomacy, and information technology at The Hebrew Reali School and led their International Leadership Program. At the same time, she was a Project Director for the Youth at Risk Center in Haifa Israel. Reut served as a Sh’licha in different summer camps through the Jewish Agency for Israel for six summers. She also was a guest Sh’licha, for Israel’s 60th anniversary, at the JCC South Miami-Dade County, Florida and a long term Sh’licha, through the MAKOM Program “Destination: Israel,” at the Federation of South Miami-Dade County, Florida. Reut is active in volunteer work with an NGO helping the elderly through work with pets.

Please fill out this form to share "Sessions" via e-mail.